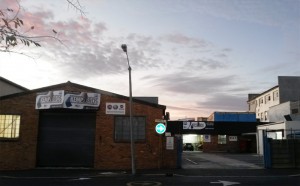 The business was started by the two Kemp brothers in October 1931.

They built it up and ran it as a successful panelbeating operation until retiring in the mid fifties and sold it to Mr Van Staden.  Mr Van Staden ran the business until the seventies, when Eddie Clarke took over. He expanded and started the modernization process.

Malcolm Simpson bought Kemp Bros in September 1994. He was joined by his wife, Ingrid who took over all the admin functions. In 1997 their son, Anton joined them, and in 2016 their son-in-law Alan Windrum.  All functions of the company have been fully modernized, bringing it in line with top international standards that are required for the repair of the technologically advanced vehicles of today. 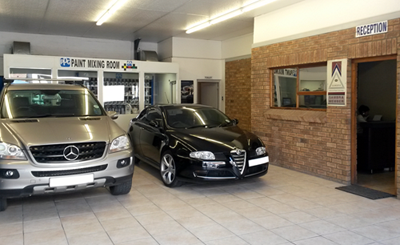 We’ve built up a solid foundation over the years

The Simpson family are very proud of the fact that Kemp Bros is the longest running  panelbeating business in Cape Town, having recently celebrated our 86th birthday.